This Tokyo Favorita suffers from some serious blemishes, but anyone who can look past the dim video image and the dated staging will find much to admire.

The year is 1971. Singers — not the stage director — are the driving force in this production. And what singers! Fiorenza Cossotto (Leonora) and Alfredo Kraus (Fernando) are in their vocal prime. Together, they justify the purchase of this historic performance, taped in the Tokyo Bunka Kaikan. Sesto Bruscantini (Alfonso) and Ruggero Raimondi (Baldassare) add to the star power, enhanced by Oliviero de Fabritiis's seasoned conducting.

Visually, we're back in the operatic Dark Age. Stage director Bruno Nofri does little more than line up the chorus and shove the principals to the front of the stage, where they express dismay with hand on forehead or convey deep emotion by clutching their breast. Salvatore Russo's gorgeous costumes, delicately colored pastel, look lovely but suggest no specific time or place. When they can be seen, Enzo Dehò's dimly lit sets look imposing in a vaguely Spanish style.

The singers dominate this Favorita. The prolonged ovation — almost ten minutes of cheers and lusty applause — reflects the heat generated by these artists. Cossotto's brass-toned singing has scale and impact even when she lunges for high notes or plunges into chest voice. She offers a master class in the art of sustaining applause: after winning an ovation by banging out Leonora's "O mio Fernando" in brazen tones, she lowers her head and bats her eyes before placing hand on heart. Then, clasping her hands and smiling, she advances toward the audience.

Kraus, like the diva, provides a textbook performance — in vocal technique, not in milking applause. His tautly strung voice rises without effort to top C-sharp and flows with keen control through Donizetti's cantilena. He manages to suggest Fernando's transition from ardent lover to shamed hero and, joined by Cossotto in torrential voice, he rises to the testing demands of the long duet that crowns the opera. Urged on by de Fabritiis's incisive baton, the tenor and mezzo-soprano attack the music with fierce resolve and fill out the vocal lines with vibrant tone.

Bruscantini and Raimondi provide strong support but fail to reach this exalted level. Bruscantini almost compensates for his throaty tone with his solid musicianship and acting skills. Seizing center stage with his commanding presence, Raimondi sustains the music admirably even when his lightweight bass-baritone thins out in the lower reaches. 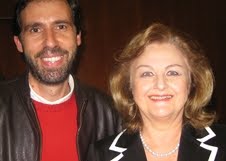 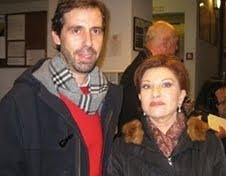